Discover the good wine and
food and wine pairings with Le Versant !

With the 2017 vintage, most of our ranges including Le Versant, Ensedune, Les Extraordinaires and Atelier Prestige have become vegan!

Wine is first and foremost the product of good grapes. But if you look closely, you will also find that egg white, isinglass (fish glue) and all sorts of animal products are used in winemaking. A vegan wine guarantees that no substances of animal origin are used to clarify or stabilise the juices before bottling.

Sensitive to environmental issues, Les Vignobles Foncalieu thus guarantees wines that are concerned with life, and which make it possible to discover the true nature of grape varieties from the south of France. This commitment is certified by the EVE VEGAN label: the strictest in Europe (see tables below). By displaying its logo on packaging, this certifying body makes it possible to identify vegan products or products from vegan organic farming at a glance.

Established in 2017, the Expertise Végane Europe (EVE) label offers four levels of vegan certification up to certification that a product’s packaging contains no substances of animal origin. EVE is also the certifying body for the Biocyclic Vegan Standard, which defines organic vegan farming at European level. 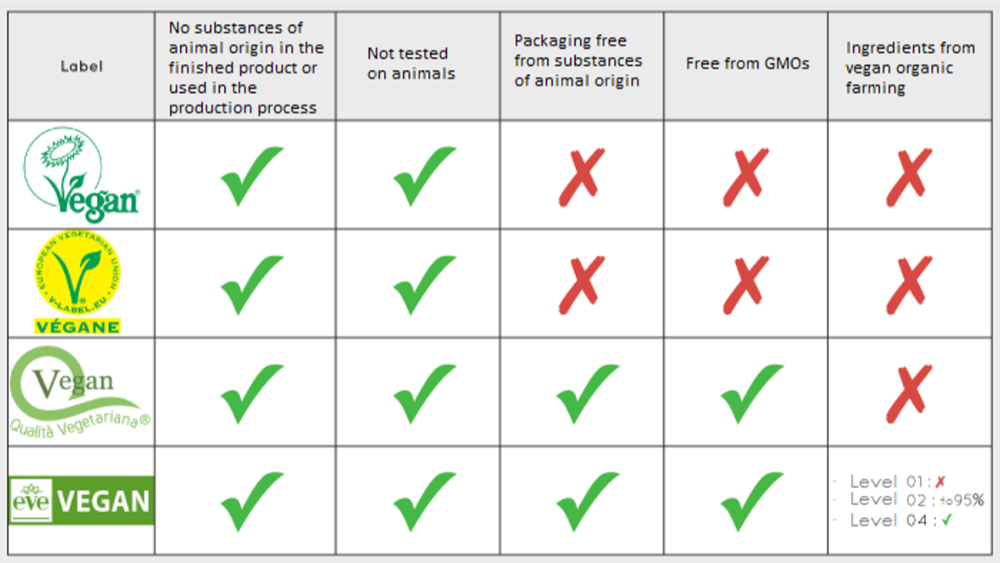 This certification is essential for winning over markets in Northern Europe and America where a growing number of consumers are sensitive to environmental issues: “It is above all to satisfy the needs of our customers that we have started this process of offering consumers every possible guarantee by certifying our wines with the strictest label,” explains Alexandra Ladeuil, Foncalieu Group Export Manager.

In terms of taste, there is no difference in flavour or aroma between a vegan and non-vegan wine!